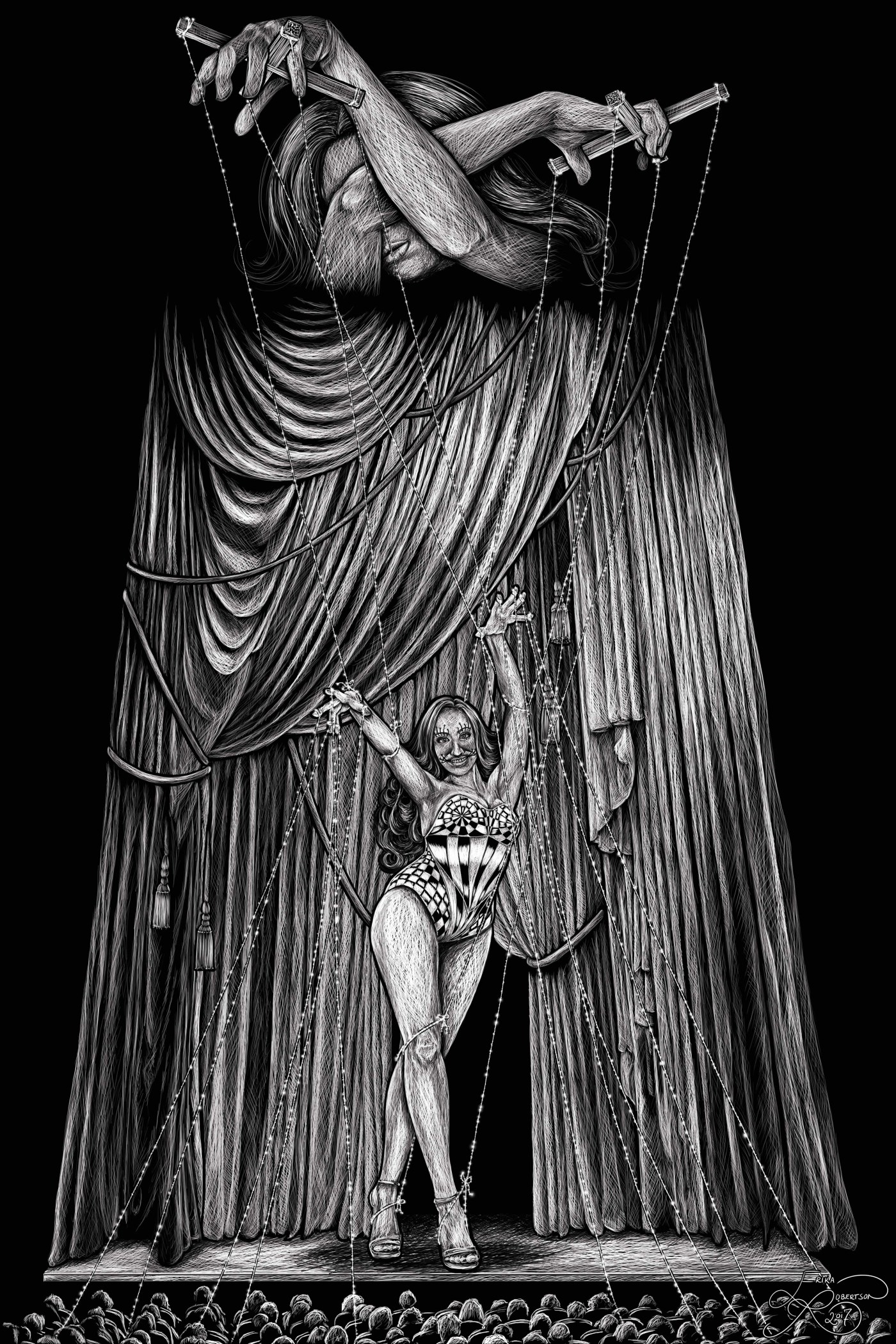 My newest piece is called “The Codependent” and it is my interpretation of the feeling of the destructive mindset that I had developed in my childhood.  My codependency reached its peak when I turned twenty and it continued along a steady path for ten years.  It is the reason why I didn’t draw or paint for over a decade.  It is the reason why I had jumped from one abusive relationship to the next.  It is the reason why so many people had seen me dive into one career and then turn around to venture into another.

What is codependency?  In a nutshell, it is the unhealthy reaction to the fear of not being loved.  Those of us who grew up in an abusive household (a parent with substance abuse, verbally abusive adults, neglectful ‘role models’) find ways to cope with the trauma and form unhealthy reactions and habits based on that abuse that help us during that moment, but the habits follow us into adulthood.  Many of us become caretakers for irresponsible adults (you would be surprised at how many nurses and psychologists are codependent). Or we become people-pleasers who try to win the love of parents through accomplishment, or we try to find ways to help or fix people in our circle who are struggling with their own battles.  But codependent people aren’t able to find a healthy balance between living for themselves and living for others and they end up developing an unhealthy relationship pattern.

What was codependency for me?  I grew up in a very abusive home, and for me codependency was trying to reach perfection in order to win approval and ultimately love from the adults in my life.  In my mind, if I didn’t do everything perfectly, if anything was lacking, then they would love me less.  My young mind fed off of the comments and opinions of adults in my life as I searched to fill an impossible void.  Because I wanted to feel that I was enough, it became hard for me to say “no” to anyone even when I was uncomfortable, which would later become a huge problem when I started dating.  I learned to discard myself in order to blend in with them and please them (FYI it doesn’t work).  Their thoughts and opinions became mine and I sought out their approval for even the smallest choices even when it came to choosing a place to eat dinner – it sounds ridiculous but it is the truth – I didn’t want to do anything that would make them feel that I was ‘wrong’ or ‘less’.  It was a life that felt like a never-ending feeble walk on a trail of broken glass. 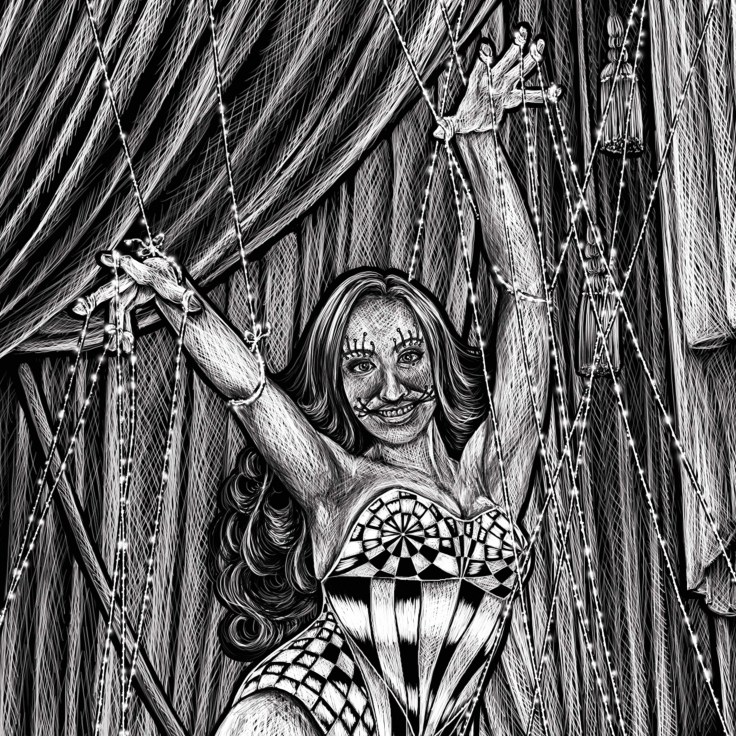 What we learn in childhood follows us into adulthood and each unhealthy pattern of affection starts with a single horrible life-changing event (I can trace most of my unhealthy habits back to a single incident from my youth). When it came to romantic relationships (any relationships, let’s be honest), I couldn’t set boundaries for myself,  I didn’t know how to express what I wanted because I didn’t even know what I wanted to begin with, because what I wanted was whatever THEY wanted.  When making ANY choice one question came to mind “Will so-and-so like this?”  In essence, I became whoever I thought my significant other wanted me to be, because that is what I did with my family, for fear of rejection.

Many codependents take on “giving” careers, and they are typically very nice and likable people, but they can be control freaks.  If things are out of place they freak out, or if people aren’t doing what THEY want, they freak out.  They are amazing planners, but burn themselves out because of a lack of trust for other people.  They are guarded but at the same time might be lenient with boundaries in other respects.  (For me, I was guarded socially, but lenient romantically).  They have a hard time saying NO to people and if they do they feel guilty.  They take on work-loads that might be too much for them to handle because they are subconsciously seeking fulfillment in the form of love and appreciation from their peers.  They worry about hurting other people’s feelings, at the expense of their own.  They are givers in relationships, sometimes to the point where they lose themselves (because they can’t say NO).  They are also controlling in their relationships because they feel that “if people just did what I wanted, then they would be happy and I would be happy, too.”  They can be manipulators who just want what is best for others, but who intrude in order to feel accomplished, to win love, or to keep themselves safe from harm. 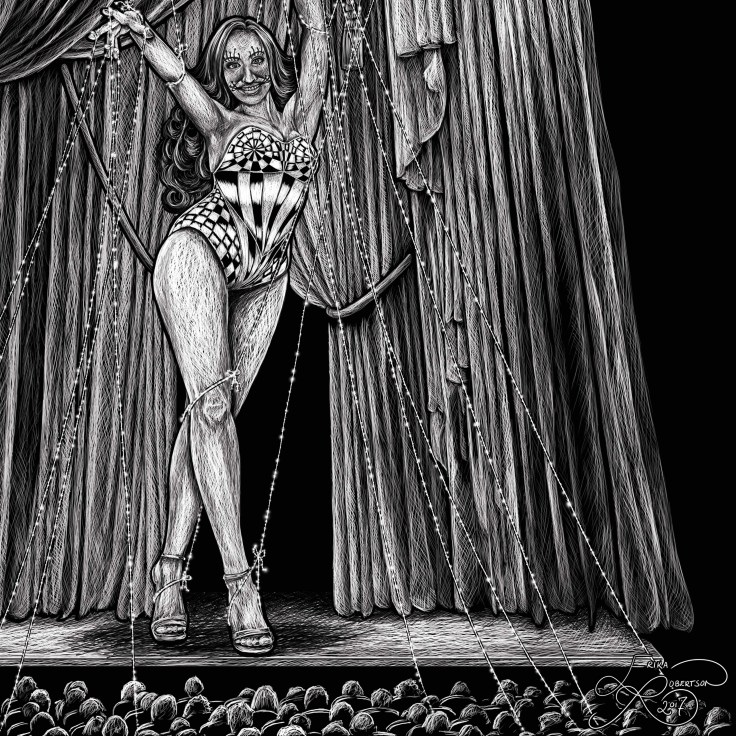 For me, codependency felt like I was putting on a show.  I felt like I was forcing myself to smile or to be the person who I thought everyone else wanted me to be.  I tried to control the way people thought about me.  I tried to convince people that I was good enough to love by turning myself into what I thought they wanted.  I thought that they tied strings to me and that they had been pulling at me when in fact it was me who had tied strings to them, and it was me who was vying for their love.  I didn’t know that I was in control of my own life, that these choices that I made were MY choices and not theirs.  I was the one controlling the strings all along and that this was my show played out for me…not for them.  (Though, some abusers would have you believe otherwise…)

It is hard for many codependents to release themselves from the “victim mentality” and take a look in the mirror to see that the root to all of their problems with intimacy, love, and personal fulfillment lies within their own reactions to the people around them.  It is hard to come to terms with the idea that your life is horrible because of you, and no one else.  Horrible things happen to good people, yes, but it is our reactions to those events that define who we are, not the event itself.  When I was being abused I went back for more, thinking that things would change, and that decision to go back and ‘fix things’ was my choice.  ‘Fixing myself’ was my choice.  There would be people who continued being abusive, but how I reacted to the abusive people in my life was my choice.

Two years ago I pinpointed that I was codependent.  It took a year for me to get through a 12 step recovery program, and it was the most painful transition of my life, but it finally set the stones for me to travel down a clear road.  The last year of my life has been filled with so many challenges, breakdowns, discoveries, and so much healing, and I know that I am better for all of it.  For the first time in my life I have set healthy boundaries, and I have started to discover who I am.  I have started to state my truths instead of allowing people to walk on me and make decisions for me.  I have started to care less about people’s opinions and have started paving my own road.  I have come a long way, and feel that the worst is behind me because I can see clearly now that the fog has lifted.  I will always have more to learn but my mind has been re-wired and I feel that life is so much simpler and happier without the baggage.

Art has been the most difficult outlet for me to re-wire because my mind automatically asks “what would be popular and what would everyone else like me to draw?  Will people like this?” as if it will gain the favor of people.  It won’t. Most of what I had created in the last thirteen years had been because of my insecurities about the opinions of the abusers around me.  I hadn’t been able to pick up a pencil for ten years for fear of rejection and fear of a lack of perfection.  I didn’t even know what I wanted to create, anyways because everything I did was to make others happy at the expense of myself.  I think about it and become a little sad because I wasted ten years of my life, but at the same time anything that I would have created wouldn’t have been from me and for me, anyways.  And as an artist what is the point in creating if you can’t even stand by your own work with the confidence that it is a reflection of yourself?

Someone told me recently “you should just draw what you want to draw” but it is easier said than done for me.  Every project is a personal challenge, but as I sit down and discard perfectionism, fear of rejection, and doubts, I start to discover myself for the first time in my life.  It’s uncomfortable, but it’s getting better.  I feel that I am at a stable enough place to start sharing my journey.  It starts with my codependency, but it is made into a new kind of more powerful poison when mixed with a special type of parasitic abuser.